Everything You Need To Know About Lookalike Audiences

So what is a Lookalike audience?

For example, let’s say you have a Facebook page where you’re advertising your product or service. If you get 100 people from the UK to all visit your webpage, you can create a lookalike audience of all the people in the UK who share the most commonalities and data attributes as possible to those people who have already visited your website. Facebook would look at data including the age, education and purchase history of these people to form a much larger audience of people who are similar (or lookalike!) the people who have already shown interest in your product or service by visiting your website!

You then want to select your lookalike source. The source you select will be used to find people who share similar traits.

For example, let’s say we wanted to use people who have liked my Osito Media page. We simply click on the box and find the correct page in the drop down. 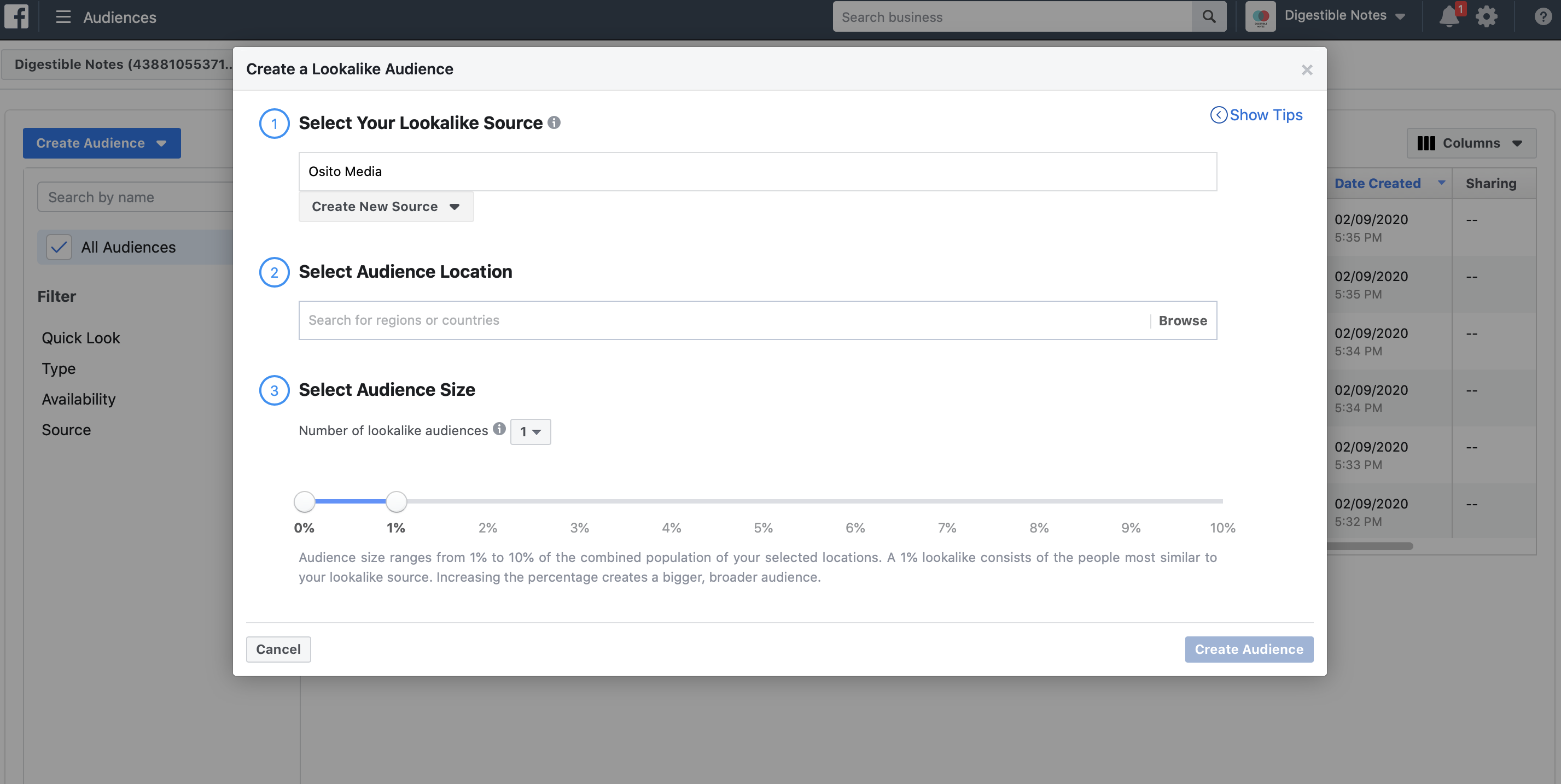 One thing I should note here is that if you do use your Facebook page as a source audience, the more people that like your page the more accurate Facebook will be at finding people who lookalike. For instance, it is far easier to spot commonalities between 100,000 people compared to just 100 people.

Next, the audience size ranges from 1% to 10% of the combined population of your selected locations. A 1% lookalike consists of the people most similar to your lookalike source. Increasing the percentage creates a bigger, broader audience. W

One of the things I like to do with my audience is to create multiple lookalikes with different levels of similarity to my source. You may be wondering why you would make more audiences than just the most accurate lookalike audience, and that would be a good question. The answer to that is because Facebook will give you the best data they can possibly give you, but I’ve had times where I’ve split test with 6 different audiences, and the audience size between 5 and 6 has performed the best. So, you always want to keep testing your ads until you find what works!

Finally, you just need to click ‘create audience’ for the data to start populating, which can take quite a while depending on how big your lookalike audience is.

If you like this content you’re going to love everything else I do. I want to provide you with unbelievable value so you, too, can achieve all your business goals. Let me know what you think of this post and I'd be happy to help any of you guys who may be struggling with your own lookalike audiences. Also check me out on Instagram, YouTube, and Facebook. 😁